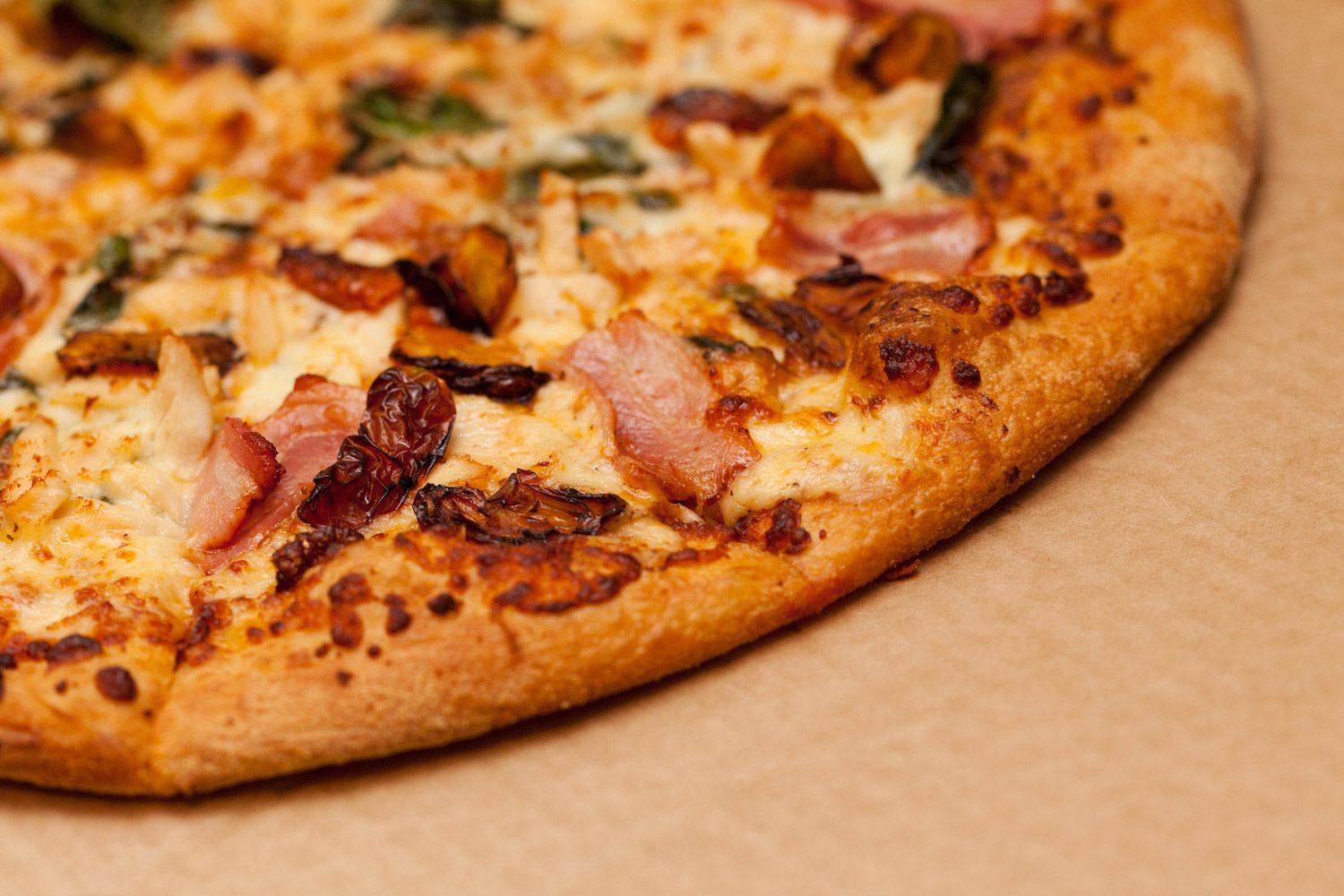 Why Cheating on Your Diet Can Help Your Fat Loss

Many of you will be aware that I am currently at the closing stages of the hardest and most disciplined diet I have followed in well over a decade. You may also know that it is my long held belief that unless you are one of the very fortunate few who can get ripped just by dropping bread from your diet, a bit, or even a lot, of suffering are inevitable consequences of doing what it takes to attain extreme condition. I am blessed with a fairly average metabolism, it is neither excessively slow not is it excessively fast (genetically I am closest to my brother who has never seen his abs in his life”, sorry Mark!) so despite my years of knowledge and tricks of the trade I still need to suffer at times, and the leaner and more carb depleted I become, the harder it is to function like a patient, tolerant, calm human being! For example, my upcoming photo shoot is in Los Angeles and I don’t think my serotonin deficient system can deal with all that bumper to bumper traffic driving on the wrong side of the road, especially as I’m bound to get lost several times each journey! Hiring a driver may be the most worthwhile investment of my year”.

Just 36 hours ago I did my evening walk and it was a genuine effort putting one foot in front of the other. It is as though all the zest and life is drained out of you, and you want to lie down simply staring into space. Sleep is of course not an easy option as your metabolism is racing away, carbs raise serotonin levels and without them it is impossible for me to relax, and my mind is a veritable whirlpool of activity. On the positive side, I have been a productive demon this last month or so, even though I haven’t been able to chill out even once. Apart from yesterday.

As I write this, I feel great, I am looking forward with a gusto to today’s double weights sessions, I have a spring in my step, and I even managed to take it easy a bit at home yesterday and relax. Oh yes, I also had a much needed nap in the middle of the day – something that has totally eluded me of late and was sorely needed. And I know for certain that I will be super strong and super pumped in the gym. I also look leaner, bigger, and actually weigh 117.4kg – up 0.4kg from my actual starting weight 7 weeks ago when I was fat and full of post-Christmas bloat! I’ve posted my last 2 weeks of progress photos below this paragraph so you can see for yourself that I am on the road to being significantly leaner and bigger simultaneously. A feat that has shocked me and will take some evaluation when all is completed and I look back at my training and nutritional diaries (these I will be publishing as part of a comprehensive “body transformation” package due out at the start of April!). 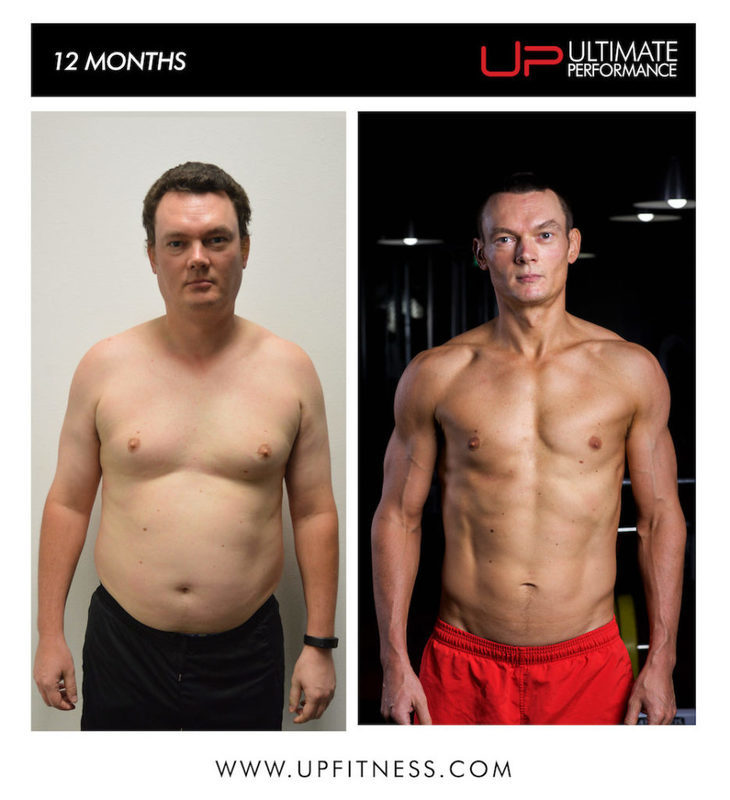 So what has sent me from a shuffling zombie with barely enough stamina to pick up his (admittedly gigantic) toddler son, into an energetic, pumped up beast ready to attack the weights as if he hasn’t been murdering himself in the gym, and depriving himself in the kitchen, for nigh on two months? It is very simple, and you may well have guessed it already, I had a giant refeed day. The basic premise behind this is that as the body “flattens out”, becomes overtrained, drained of energy, and mentally and physically exhausted, then a short period of planned overfeeding will shock the metabolism, raise energy levels, kickstart any potential slowing down of the fat loss process, and (just as importantly for long-term adherence to any diet) make you feel human again. In other words, all in all, a wonderful thing! But stop for a second before you rush out to stuff your face this is also an extremely dangerous practice and I can think of scores of excuse makers I have encountered over the years who use their little bit of “refeed” principles knowledge to serve as a crutch for their lack of discipline and mental weakness. It is all too easy to diet for a few days and then excuse yourself for 1-12 hours by fooling yourself into thinking you need a “refeed”. So what I am going to do now is tell what a true refeed is all about, how and why it works, and the practical rules that you need to follow to allow yourself to “cheat yourself thin”! Cheat yourself thin sounds better than “cheat yourself lean” by the way, but take note that I for one do not want to be thin – it’s all about being lean for me!

If you get bored by science, then perhaps skip this paragraph, but I’d advise you not to – I’ll keep it simple and digestable (oh my, what a pun), and it will help you contextualise the later more practical refeed advice. As I hope you know by now, calories are important but they are not the be all and end all as macronutrient ratios are also significant because of the hormonal response they can generate. But even if you get your calorie intake spot on, and consume the right macronutrient ratio for your genotype, muscle mass, and body fat level, fat loss does not occur in a linear line. In fact, you will have found that fat loss starts quickly and then slows right down. For many people it crashes to an unflinching, soul destroying halt. But if you look at my own progress photos you will see that this has in now way happened to me, and in fact I have been clipping off body fat at a rapid and extremely consistent rate. This isn’t merely because I am a fat loss genius, and it certainly isn’t simply to do with my capacity for hard work, although this latter point is important whereas the former point is, I hope you realise, (a little) tongue in cheek. If it was just about hard work then those who were real grafters with their diet and their gym sessions would have no problems achieving extreme levels of conditioning, and this just doesn’t happen. The problem for all would be fat loss aficionados is that extended hypocaloric periods can cause a cataclysmic shutdown of one key hormone that regulates a healthy (by this I mean fat burning and fast) metabolism. This hormone, that many are ignorant of as I believe, and this is off the top of my head so if I am wrong just let me know in the comments section below please, it’s importance was only properly appreciated as recently as 1997, is known as leptin. And if you want to get really lean, then you need to make it your friend and become familiar with the right ways to control it, rather than as with 99% of cases have it control you. I regard it as the hormone that “assesses your current nutritional status”, which is why it is so significant to the person seeking significant fat loss.

Leptin has been described as “the anti- famine/anti starvation hormone” and it has a dominant role to play in regulating hunger and energy expenditure. This is the primary hormone that tells the body if it is starving or not. When leptin levels fall it plays a causal role in the majority of negative adaptations which occur during dieting, including but not limited to decreasing metabolic rate, decreasing fat oxidation, and a massively increased appetite. Leptin is synthesied in adipose tissue (fat cells) meaning that the smaller the fat cells the lower the leptin production, and the greater the hunger and the lower the energy expenditure as the body desperately clings to it’s remaining fat cells because your dieting has mimicked a famine situation. And just to make matters (much) worse, the type of dieting that seems to affect leptin levels the most detrimentally is low carbohydrate nutrition. The very type of fat loss diet that best suits the overwhelming majority of the population, including myself despite my relatively high muscle mass. So on the surface it seems we are damned if we do, and damned if we don’t (my late Grandma’s favourite moan by the way), as if we go hard, go long, or just get lean, leptin levels plummet and our metabolisms fall through the floor. This is a problem that is very often exacerbated by the frustrated dieter’s misguided attempt to deal with stalled fat loss – take in even lower calories and increase overall energy expenditure via exercise!

Knowing your science can be a useful tool for fat loss though, and research has shown us the best ways to keep leptin elevated. It is in fact, an approach, after a fashion, that bodybuilders have followed for as long as I can remember, but whereas their old concept of an occasional “cheat meal”/“free meal” (the latter is a significantly better way to view it as it doesn’t open the door to wholesale binging) to “boost the metabolism” was correct in general, we now know some specifics that can really help nail down the right way to do it. Of course, just to confuse you, as with every aspect of body composition, the very best way encompasses both a science and an art, and we will address that too.

If you would like to learn more about how a cheat meal effects fat loss, click here.