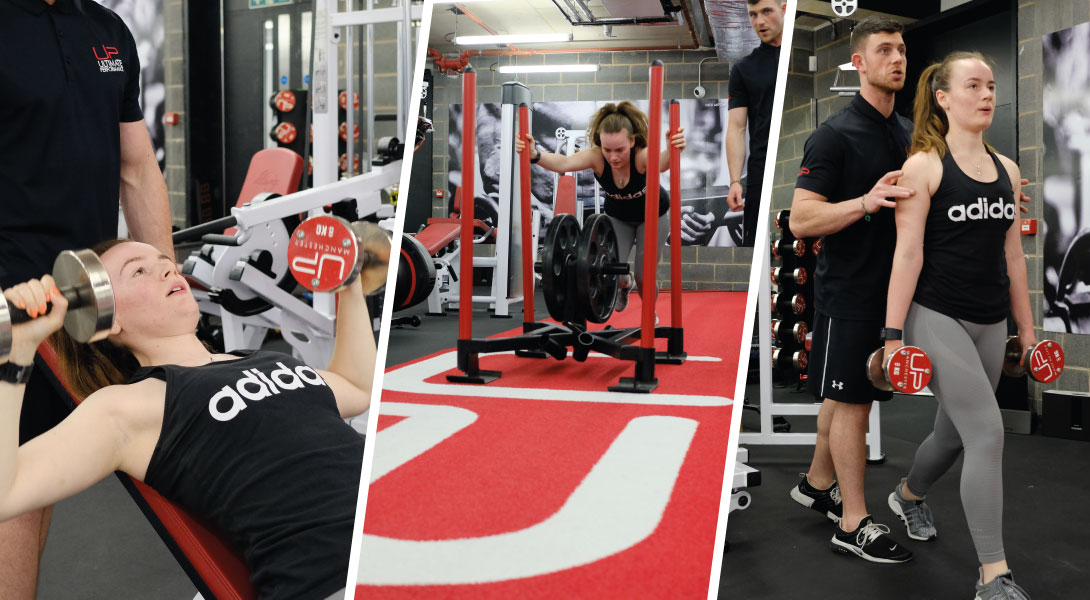 U.P. Prizewinner Penny Gets in Shape in 6 Weeks

A Manchester teaching student got the chance to take on six-weeks of group training with Ultimate Performance after winning a £2 charity raffle ticket.

Prizewinner Penny, a trainee teacher, lost weight, shed fat and saw her strength skyrocket while learning how to train weights the UP way during the six-week programme.

The student had been following the 12-week UP body transformation journey of TV star Gemma Atkinson at UP.

Gemma and UP teamed up to raise money for Key 103’s Cash for Kids charity which supports the work of When You Wish Upon a Star, an organisation that helps grant the wishes of children with life-threatening illness.

“I bought a raffle ticket for £2, but I didn’t think I’d actually win, says Penny,” who studies at Manchester Metropolitan University.

“I was following Gemma Atkinson on Instagram and looking at the Ultimate Performance gym and I thought ‘this could be a chance to train there!’

Penny was inspired by former Emmerdale actress Gemma’s transformation journey and the 12-week training programme she took on ahead of her appearance on the BBC’s Strictly Come Dancing. 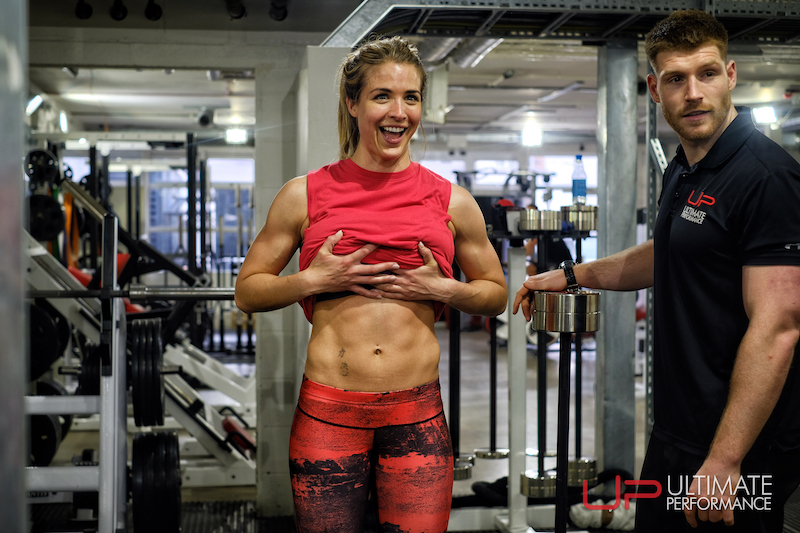 Catch up with Gemma’s Week 1 blog and how she lost 5lbs in just seven days weight training at UP.

“The training looked tough, so that’s why I bought a ticket.”

Penny knew her way around a gym, but wanted to take her training to the next level and this was her opportunity.

“But doing it by yourself and then coming here to UP and doing it with a personal trainer is completely different.”

“I’ve done weight training like this before, but not just as quick and intense as they do here.”

UP follow a German Body Composition-style of training which utilises upper/lower body supersets for maximum results in minimum time.

The Six Week TeamUP Meltdown style of group training was really focussed on technique, intensity and getting the maximum benefit from every single rep. 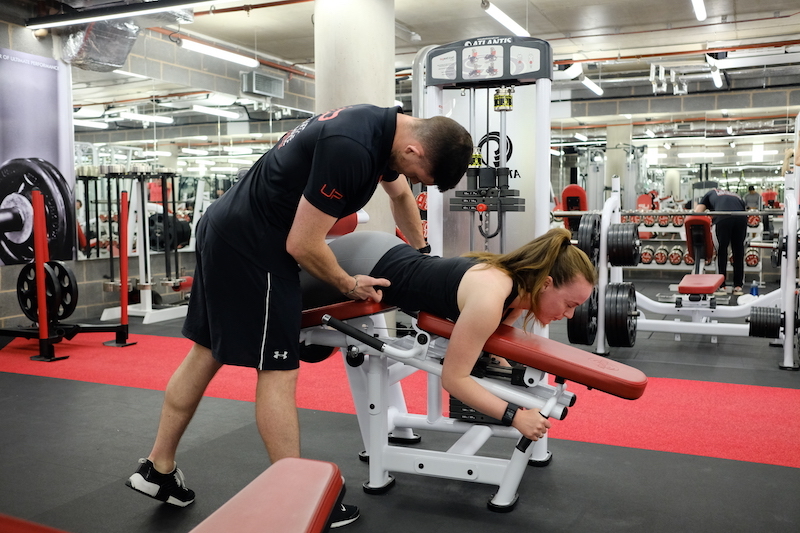 Penny says the group sessions were just like having a personal trainer one-to-one.

“It’s definitely different to any group training I’ve done before too. Here you’re working with maximum of six people.

Penny says the trainers were 100% focussed on perfect technique and helping her get the most out of every single session.

“They are constantly watching you and if you’re doing something even slightly wrong they show you how to do it right. They are quite friendly really though.”

Penny had had a few previous sessions of personal training before getting coaching online. But she says she had never experienced anything like UP.

Speaking about her very first session with UP, she says: “It was a shock. I thought it would be hard, but I didn’t think it would be that hard. It was really tough. They are so on top of you completing every rep properly that you can’t hide.

“They say ‘that’s it’, but then you always have a finisher – they might get the prowler out.” 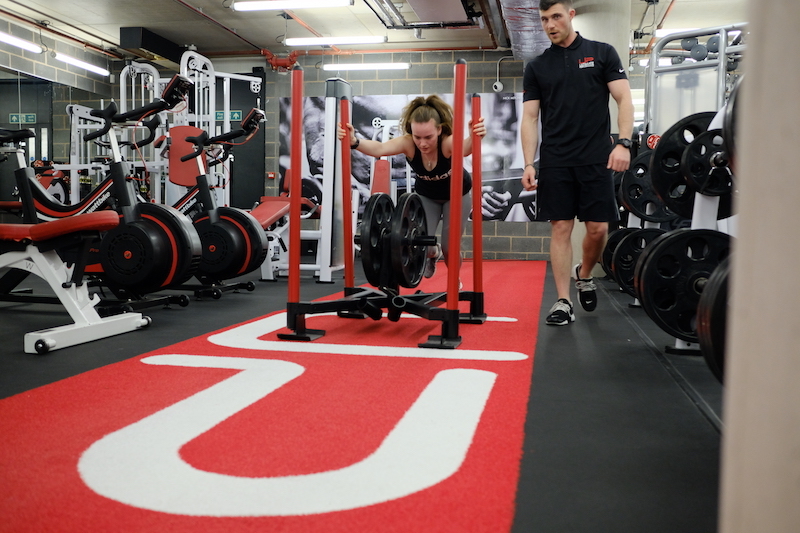 Alongside her group training sessions, Penny was given nutritional and diet guidelines to follow to help get her the best results she could over the six weeks.

“For me, the hardest part was the food. I found it challenging for the first few weeks, cutting back on carbs. But now I’ve got on top of it.

“I’ve learned some really important stuff on nutrition. Before I was having things like pasta and rice at every meal, thinking it was healthy, but you don’t need it”

Penny says six weeks with UP has been a massive education on nutrition and her diet has changed massively from when she started.

“My diet has changed a lot – I’m getting a lot more protein, more vegetables and not as many carbs. Before, I used to feel bloated. Then I felt awful coming off the carbs at first; I had headaches and everything. But I feel good now.”

Penny also picked up some valuable knowledge on how to train for maximum results.

“I’ve learned lots of things about form. I thought I had good form. But I came here and it’s so much more precise.

“Before, I was doing 20 minutes of cardio and then my weights session, but I’ve learned you don’t need to do that.”

Being able to learn from the best personal trainers in the business and follow a six-week programme of nutrition and training has made huge changes for Penny.

Comparing herself now to just six weeks ago, Penny says “It’s made me feel stronger. I feel more confident too. I thought I was in pretty good shape before, but it’s just little things that can really change it.

Penny says it has set her up really well for training on her own, understanding how far she can push herself and what it takes to get the results she wants.

“I used to stop at like eight reps, but now I’ve learned how far I can push myself. My limit is way beyond what I thought. Even in the group training sessions I can feel myself improving each session – upping weights and not feeling as tired or sick.”

If you want to experience the unique UP six-week TeamUP meltdown, sign up here.