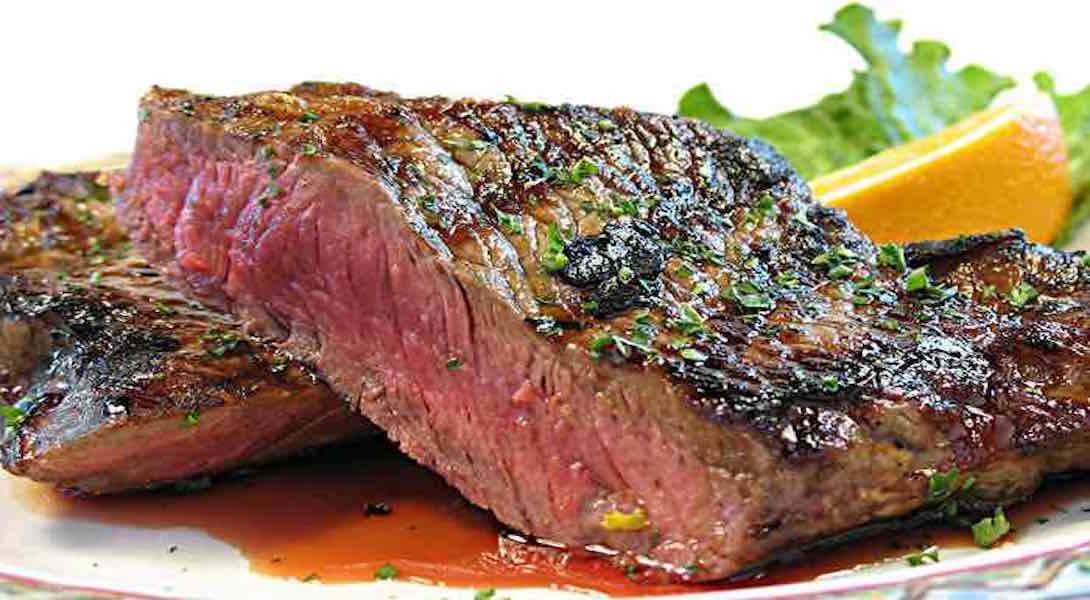 The Benefits of Grass-Fed Meat

Sometimes you don’t know what you’ve got until it’s gone. Usually, an opening line like this would be the cue to start waxing lyrical about lost loves, but as you know that’s not really my style. I am actually referring to high quality, grass fed beef and other organic, non-grain fed meat such as venison, buffalo, and even rabbit. And why am I whining about it being organic? Because at the start of this month I moved my family to beautiful Marbella, where the sun always shines, the air is clean, the fruit is fresh, and the meat just plain sucks.

We have gone from eating reasonably priced grass-fed beef fillet steaks, buffalo mince and beef steak burgers to crazily expensive imported steaks that taste watery and somehow a little bit chemical. What has obviously happened is that after several years of eating non-grain fed meat my palette has adapted/improved and I really struggle to stomach mass-produced meat now. The taste isn’t really the thing, however, it is the health benefits both for myself and of course my two young children both of whom have been weaned on grass fed meats and have thrived on it and who know the balance of nature versus nurture, but both my children (aged 5 and 2) are off the percentage charts for their heights. I hope that this will give them an advantage in later life, although it is sometimes a little bit disconcerting when my 2 year old daughter is assumed to be a slightly backward 4 year old!

Why, apart from the taste, am I missing grass fed beef so much? The answers are pretty straightforward and easy to get your head around if you are like me and believe that we should eat from the land and in their natural state. And no, this doesn’t mean that I’m a Paleolithic eating nut, I just believe that it is hard to go wrong with organically grown fruit and vegetables, crops that haven’t been adulterated with all manners of pesticides and beef and other meats/poultry that have been reared in their natural, not mass produced, environments. Let’s count the reasons why I endorse grass fed beef so strongly:

Before you throw out all your Teso burgers in favour of wild meat/grass fed beef, there is one overwhelming and very important reason why you don’t find too much grass-fed produce at your local supermarket. It is substantially more expensive to produce and I seriously doubt if we could feed the population if everyone opted for grass-fed fare. Those of you who are fortunate enough to be able to afford such things as grass-fed beef fillet steak or grass-fed beef rib eye steak should do so, but if you’ve a family to feed and need to economise then you may well need to be a bit more judicious with your spending. Options such as grass fed beef steak mince at £10/kg are still a bit ahead of the supermarkets in price but are certainly a much more affordable option.

Sourcing wild meat/game also shouldn’t be too hard at the right time of the year during hunting season! If you live rurally you can often pick up prime cuts of venison at really excellent prices. And then there’s delicious rabbit stew if you have the stomach, no pun intended, for digesting Fiver and Bigwigs cousins.

I get all my grass fed meat from the good people of Athle at  . They understand health and performance and are stringent with the quality of their food, both qualities I insist upon for myself and for my growing young family. They have even been so accommodating for me that they have sorted out my mini Spanish crisis and are sending packages out here to Marbella. You can’t ask for better service than that!