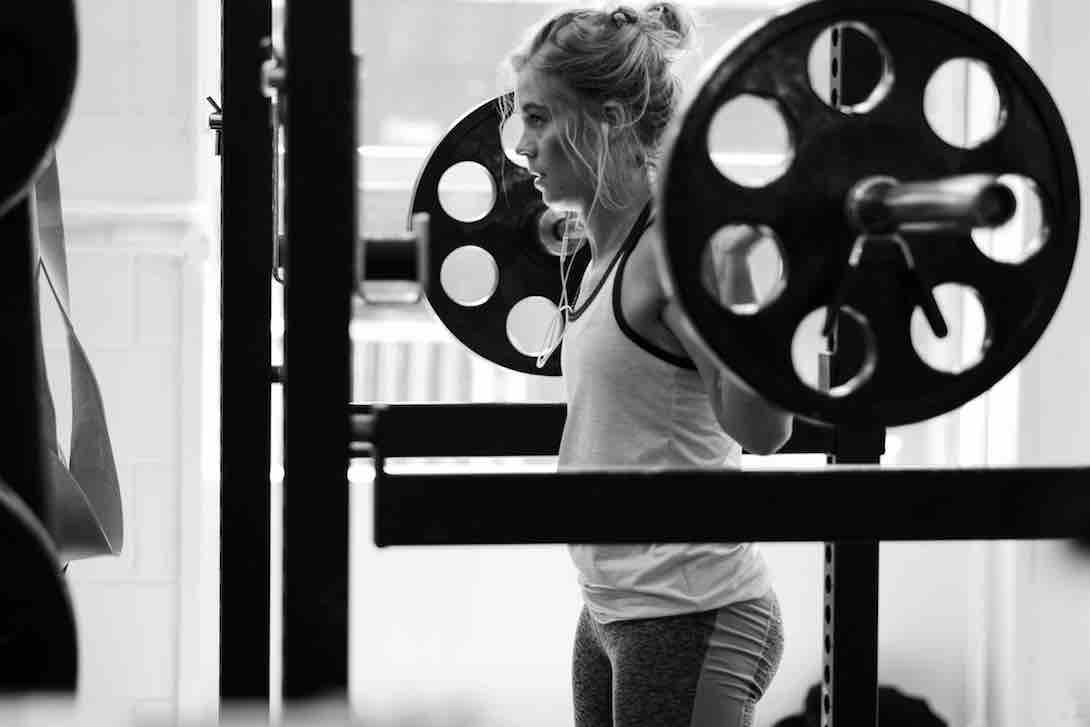 If you read my last blog post, you may have been given the impression that I wasn't in the best frame of mind when it came to my 12 week transformation. I couldn't see the end to it, I'd forgotten why I was even doing it in the first place and I was fed up with my healthy meals – lets just say I wasn't exactly full of inspiration and for that, I apologise.

I'm pleased to say that this week is a different story and the title will tell you why – I'M HALF WAY THERE. I'm half way, which means I can see the light at the end of the tunnel, so much light that it burns. Now it actually feels like I'm running out of time and I need to up my game. The point is, I'm no longer that bothered about eating cake and I'm more bothered about feeling awesome at the end of this thing, so it's time to stop whinging and crack on. Leading up to week 6, here's how it went.

I'll be the first to admit that I'm full of issues. Being a gymnast will always be a huge part of my life for many reasons, I'll always class myself as an 'ex-gymnast' but one of the not-so-great aspects of flips and stuff is the many injuries you can pick up along the way. You also don't have to be an absolute nutter to pick up the odd niggle; now I'm starting to get stronger, my muscles are getting tighter and my body parts are starting to kick up a fuss.

Day 36 and it's training day – for those who are wondering, I train 4 times a week so nothing too crazy considering it's only 45-60 minutes each time. To help focus on specific areas that need an extra bit of help (my ass) I've now been introduced to squatting with a barbell which I've always wanted to do (makes me feel cool). I may be excited but this is when I started to notice my 'niggles' a little more. 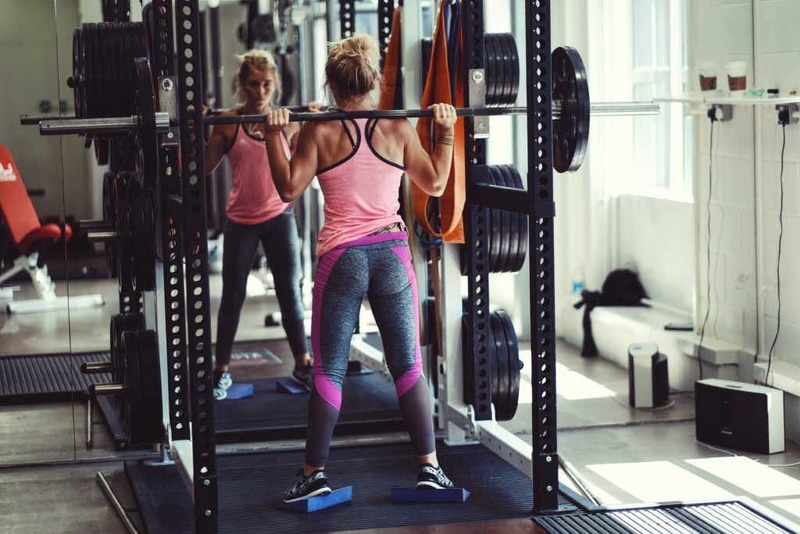 A few years back I snapped my achilles doing some somersaults, and no, before you ask it was NOT fun; it also didn't heal properly so I've been left with a skinny left leg and an imbalanced body – I'm basically wonky, so when I start to squat, my arse sticks out more on one side and my squats just aren't quite right. If I was training on my own, I would have carried on as usual and eventually just made things worse – mainly because I'm a little competitive and would want to squat with as much weight as I could.

Having a good personal trainer spot these little issues means you're not going to do something daft, or worse – give up. UP trainers are constantly studying, researching and problem-solving so that when they have a client rock up with an injury that inhibits their training, or an illness they have to work around…they will either know how to deal with it or they will find a way. That knowledge and smart way of training, is the reason I can carry on training rather than do my usual 'train until I can no longer train' program which only ever results in frustration and an end to me getting into shape – we've all been there.

I won't lie, I'm excited to be doing chin-ups and dips and I'll be honest, it's because I know I'm good at them but there's absolutely nothing wrong with saying that. Everyone has an exercise they know they're stronger in and those exercises are something you'll appreciate on the days you need a boost of confidence, cause let's face it…you're not going to like everything. It's also important to work hard on the exercises you don't like, as you'll probably find these are the areas you need to work on the most but look at it this way, you might become a superhero at those exercises too. 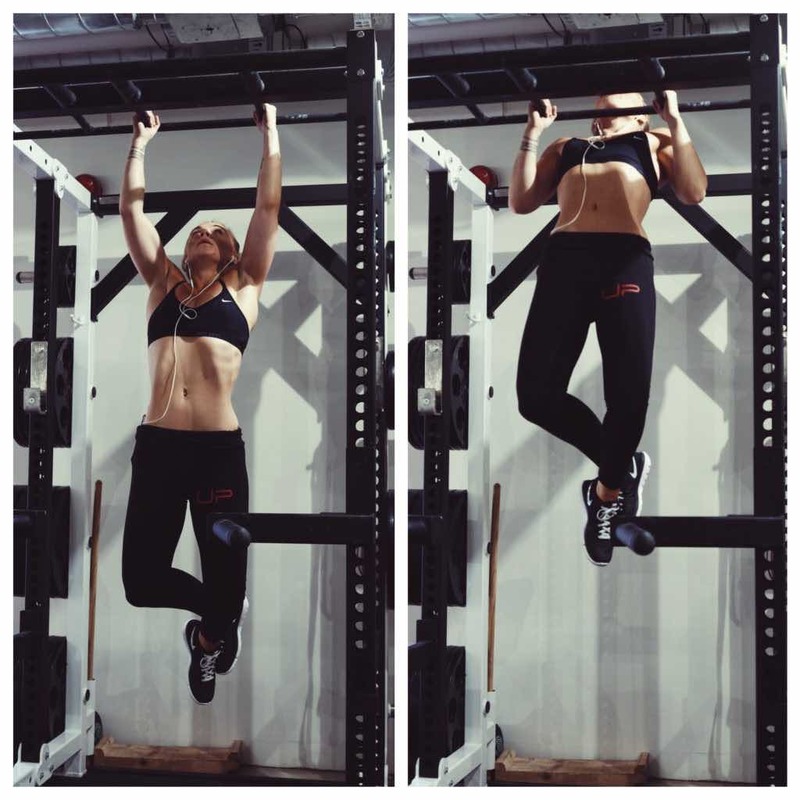 When I was about 10, there was a time when I had to be able to do 25 chin-ups without stopping to get into the county squad – and I could do it too. Now of course, I'm bigger now (just) and doing just the one is difficult enough but I know it's something I'd like to be good at, so there's a challenge right there…with myself. Challenges are good though, especially if you enjoy them – it's motivation and it's something to look forward to. Fine by me!

Day 42 – The Power of Inspiration

Now obviously I've been documenting this 12 week journey of mine, some weeks more than others depending on whether I have anything interesting to say. Since I've been sharing my updates something very wonderful has been happening; I actually seem to be inspiring others. This last couple of weeks I've had the odd message to say 'go you' and 'you look great', which is lovely but more recently I've had messages saying 'you've actually inspired me to get back on it' and I've even had strangers looking to find out where I'm training and wanting to sign up to UP (I should get a bonus right?). 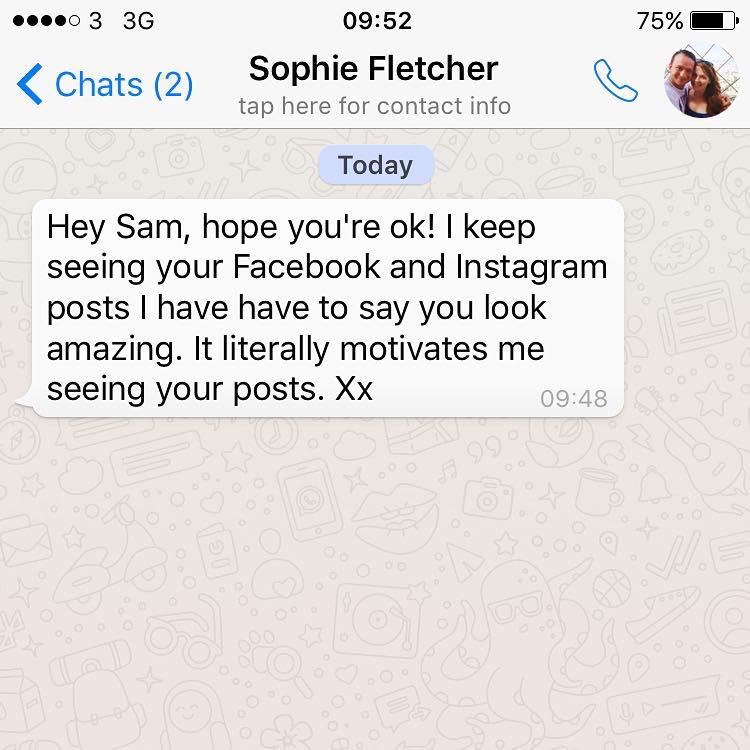 I really do mean it when I say you can't put a price on that. Those people getting in touch haven't even been paid (by me) to do that, they've actually felt the need that much to send me a message, guys and girls. So now I feel I can't let those people down, they're actually watching my progress and that spurs me on even more.

I actually interviewed former Coronation Street star Ryan Thomas and one of the best bits of advice he gave after his 12 week transformation was 'tell as many people as you can about what you're doing'; that way you've added that little more pressure on yourself to do the best you possibly can do in those 12 weeks. So thank you people, thank you.

Then you have other friends that tag you in Instagram pictures of Pokemon doughnuts – damn you. No bother though, you won't phase me now.