A London business owner has forged an impressive physique in just nine weeks at Ultimate Performance.

Jonelle, who owns two care homes in the capital, looks every inch the strong and lean athlete after working with UP to achieve her fitness goals.

The former CrossFitter and Olympic lifter was quite surprised to see just how much she had transformed in her before and after photos.

Her main goal coming to UP had simply been to rehab a long-term shoulder injury, get her strength back and be able to train pain-free.

But she achieved all that and so much more working with UP’s world-renown personal trainers.

Not only has she developed an enviable physique, seeing her body fat drop from 18% to 12.3% and waist size down by 6cm, but she has finally overcome a debilitating shoulder injury and is happy to be back training pain-free.

Her strength numbers have gone through the roof too with her UP training programme, and she is now looking to start powerlifting competitively.

UP has given her back her motivation and drive to progress her fitness and she now aims to become a professional personal trainer.

“I’m back training again properly so I’m really happy about that. I’m training and I’m not feeling any pain, and that’s a good thing.

“I have more confidence now in going out there and lifting and not worrying about the pain because there’s no pain there to worry about.

“2017 is the year I’m going to start powerlifting competing.

“I do have a much better understanding of how to train myself for powerlifting. My knowledge has definitely improved.”

It all could have been so different for Jonelle though if she hadn’t taken that step and walked through the doors at UP.

A rotator cuff tear and a hip problem were stopping her from being able to train and despite going to physios, chiropractors, specialists and other strength coaches, nothing ever fixed the problem. 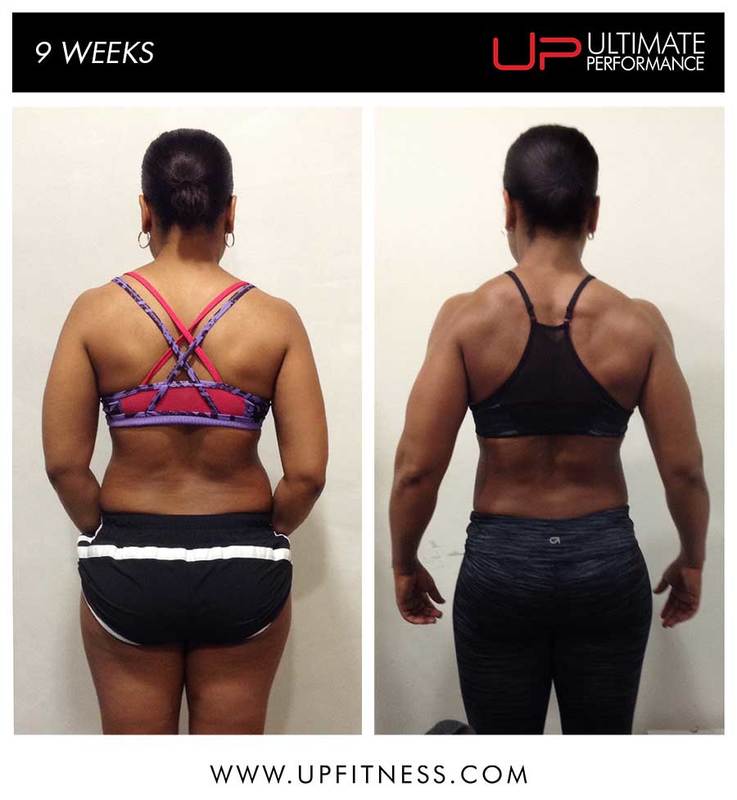 “I was training with different strength coaches for Olympic lifting. They were good coaches, by no one could ever tell why my shoulder was constantly aching.

“I started going to see physios and that’s when I had the cortisone injection and they told me about the tears.

“So I had the treatment done and went back to training and it was like I’d had no treatment at all because the pain was still there.

“So that’s when I thought there must be something more than the tears – it must be a technique issue.”

Jonelle wanted to find a personal trainer who could explain what was happening to her body and why her injuries persisted.

That’s when she decided to come to UP in a hope that she could finally fix her problems.

“I had my doubts about it. I was actually ready to walk away from fitness and training altogether and do nothing.

“My diet went completely out of the window. I didn’t care how I looked I just thought ‘I can’t do it anymore.’ I just gave up on it.” 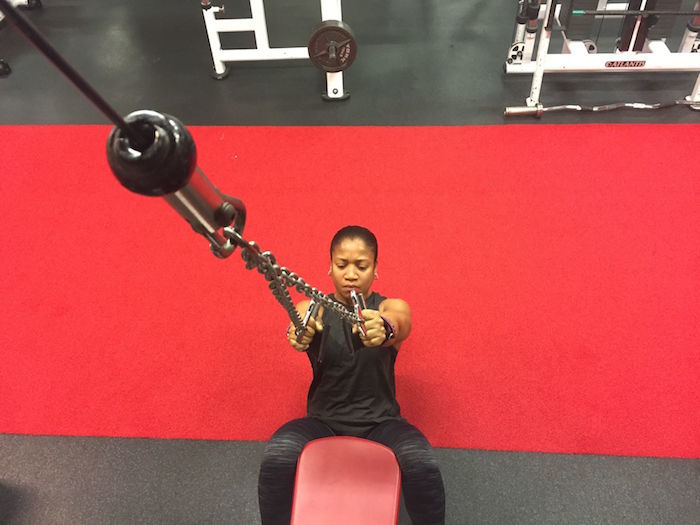 Her strength numbers had been solid – with a 115kg deadlift and a 92.5kg squat at 50kg bodyweight – but she admits her technique wasn’t the best.

But from the moment she began training at UP, this all changed. Her PT went back to the fundamentals and helped her completely overhaul her lifting technique.

“From Day 1, my trainer completely changed the way I trained.

“The first few weeks were about finding out what my weaknesses were – so we did a lot of movement assessment.

“He was teaching me how to engage the right muscles. I found out straight away where I was weak in the lift and where I was strong.” 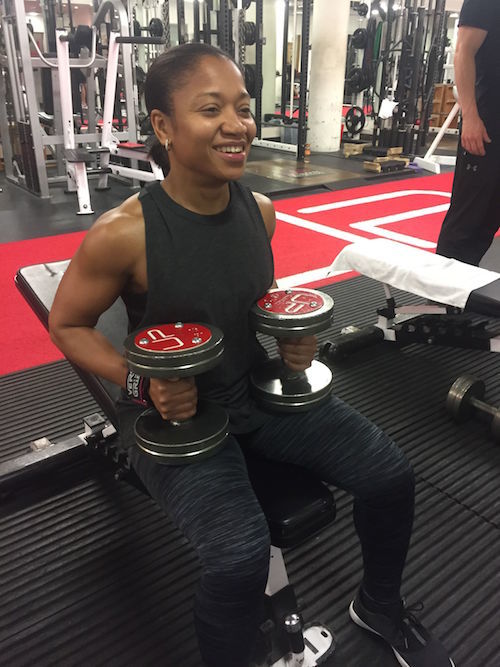 It was an approach that paid dividends for former finance worker Jonelle. Once her technique flaws were corrected, her numbers and confidence with the bar grew rapidly.

“When I first started, we started on a deadlift of 50kg. The numbers went up pretty quickly, but my technique was flawless.

“For me, that was a major achievement.

It wasn’t just on the deadlift where she was increasing her strength either – she went from being unable to do pull-ups because of her shoulder, to hitting weighted pull-ups in just nine weeks.

Achieving her goal of getting strong again and getting back to lifting weights pain-free was a huge achievement for Jonelle after months of injury misery which had been getting her down.

But forging such an impressive physique in the process was the icing on the cake for her.

“That was the added bonus to achieve that. I’ve been there before, and I’ve lost it. That’s because I didn’t know how to maintain it.

“I said it would be good to achieve that, but when I walk away I want to walk away knowing how to maintain that.”

Jonelle’s experience at UP has re-energised her to keep progressing her strength and fitness and set new goals.

As well as looking to compete in powerlifting in 2017, she is also hoping to get back to becoming a PT herself.

“I have a better understand of nutrition. I’ve got a keen interest in biomechanics. I really want to get back into the fitness industry as a personal trainer.

“I do have a much better understanding of how to train myself for powerlifting. My knowledge has definitely improved.

“I would recommend UP, not just to individuals who want a transformation, but I would actually recommend UP to other trainers who want to improve their knowledge or who are newly qualified.”

Read how Lindsey overcame two prolapsed discs to make a stunning six-week transformation and get back to training pain-free.

Inspired by Jonelle’s story? Take the first step towards your body transformation journey with UP and simply enquire on the form below…