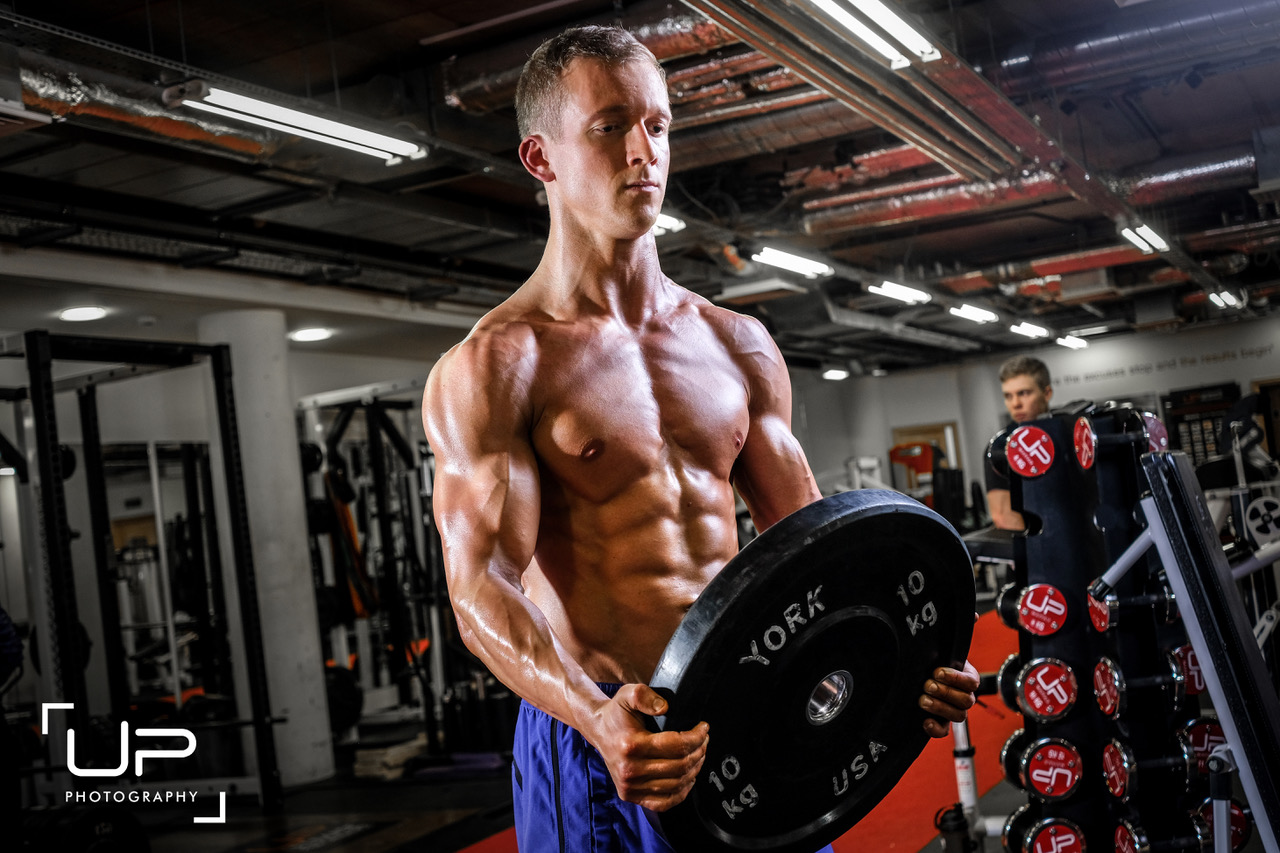 Insulin: What It Is & Whether It Makes You Fat

Insulin – most people who are even mildly interested in their own health have heard of it.

It is probably one of the better-known hormones in the body because it is regularly demonised as a root cause of weight gain.

In this article, we’ll look at insulin in more detail – what it is, what its role is in the body and if it deserves its less-than-loved reputation.

Insulin is a hormone released by the pancreas. Its primary job is to lower blood sugar and it does this by binding to receptors on the outside of liver, muscle and fat cells.

When it binds to the cell, it instructs a protein called GLUT4 (Glucose Transporter Type 4) to shuttle glucose from the blood stream, through the cell wall, into the cell.  By storing sugar in cells, insulin reduces blood sugar levels.

It is necessary to maintain blood sugar levels within a certain range because if blood sugar becomes too high this will cause cell damage.  In cases of unmanaged type-2 diabetes (a disease that makes regulating blood sugar levels harder), the cells of the body start to die from the damage done by regularly high sugar levels.

This can affect cells throughout the entire body, but usually, the eyes and extremities are damaged first.  Obviously, the body will avoid this damage at all costs – this is insulin’s job. 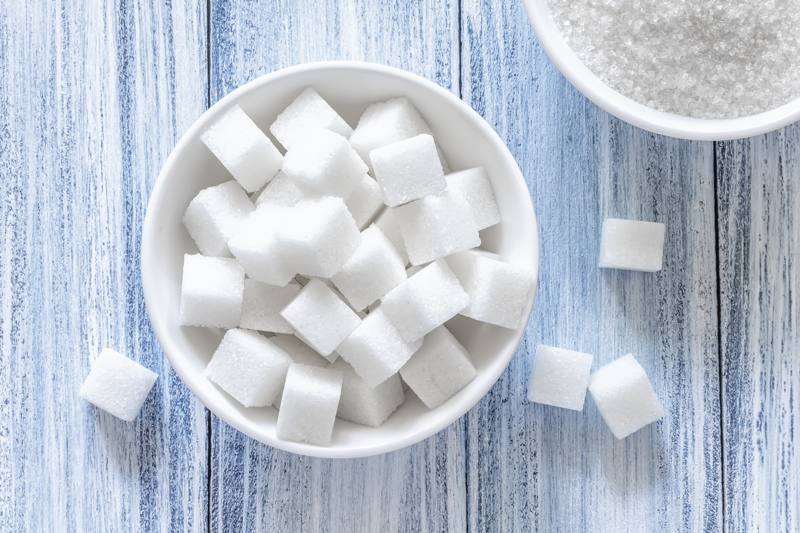 With a healthy pancreas and cells working properly, whenever anything influences our blood sugar, insulin is there gently regulating.

Food and drink will cause blood sugar levels to rise, as can high stress levels (yes, stressful situations, emotions and even physical stresses like injury, poor sleep or food intolerances can cause blood sugars to rise due to elevated levels of cortisol – the ‘stress hormone’ which has the job of raising blood sugar in readiness for ‘fight or flight situations.)

After you’ve eaten a meal, it takes time for that food to be digested and absorbed.

Each time you eat, any carbohydrates will be broken down by your digestive system to their component part – glucose.

Glucose is absorbed into the blood stream and this will start to increase your blood sugars.

Any meal will raise blood sugar levels slightly – the important thing is how fast that happens.

When we digest a meal quite slowly, (perhaps it is rich in protein and fat rich, with plenty of fibre), blood sugars will also rise very slowly. 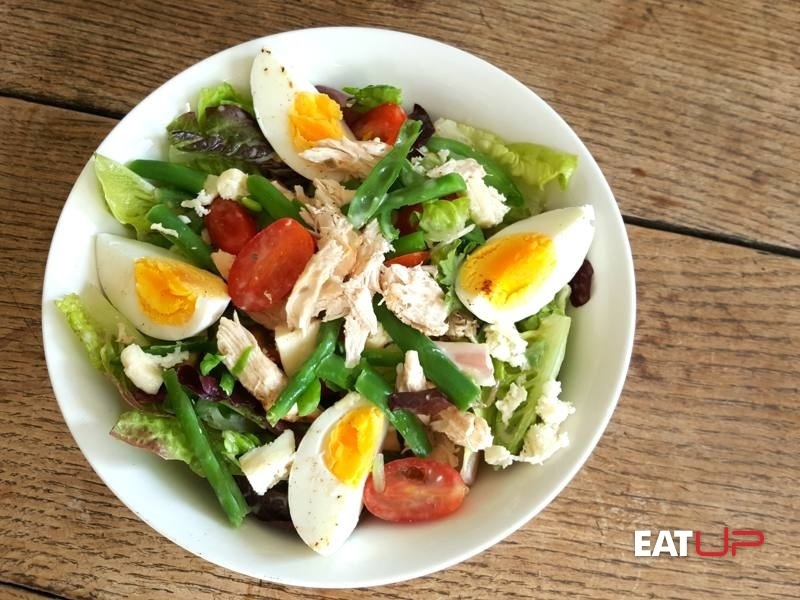 In this case, insulin is also released nice and slowly, in just the right amounts, to keep blood sugar levels at a normal level.

Now, when we have a very large meal, a meal higher in carbohydrates or with fast acting carbohydrates (high Glycaemic Load/sugary foods), our blood sugars are going to start rising more quickly.

If they rise faster than insulin can react, we end up with high blood sugar.

The pancreas just starts pumping insulin out in greater quantities to try to reduce the damaging high sugar levels.

So, food and drink affect blood sugar levels.  All foods will do so, but foods higher in carbohydrates, particularly quick-releasing carbohydrates (high GI), will raise them higher and faster.

It is important to mention here that different people will digest and absorb different foods differently.  What may cause one person’s blood sugar levels to skyrocket might not have the same effect on someone else.

It comes down to a whole host of factors such as digestive health, stress levels, sleep levels, dietary status, history of dieting, genetics and many more. 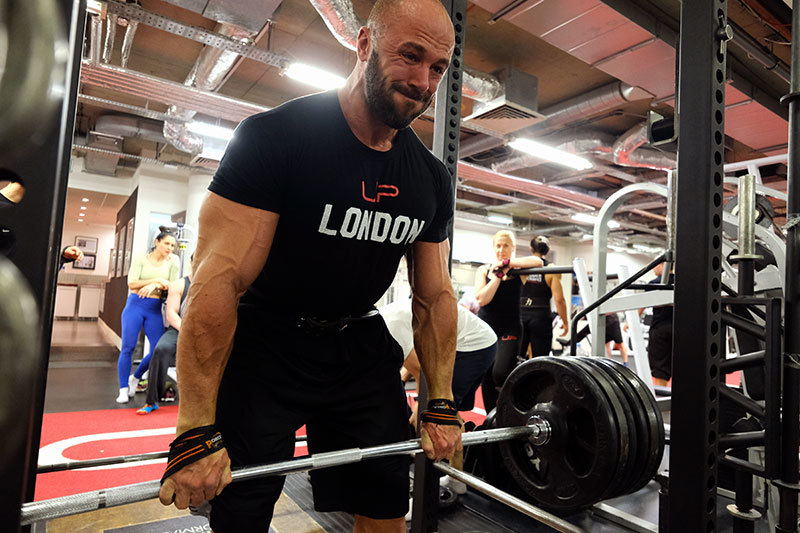 Read the 5 ways to improve your blood sugar and insulin sensitivity HERE.

Does insulin make you fat?

So, if blood sugar is high then insulin does its job and makes sure that that glucose gets stored in muscle or fat cells.  That’s a good thing because it protects you from cell damage.

Additionally, if you’ve been training hard a few days per week, doing mostly resistance and interval training, those muscles will be begging for a little extra glucose.  Insulin shuttles the energy right to where it needs to go, keeps the body safe and will have an anabolic effect as well – helping you put on lean mass.

We start getting issues when insulin is trying to activate the GLUT 4 protein too often.  This could be from too many carbs, high stress or anything else that regularly forces blood sugar up, and insulin into overdrive.

When this happens, the cells of the muscle start to become resistant to the messages sent by insulin.  This is what we call ‘insulin resistance’.

Generally, the muscle cells will stop reacting to insulin but fat cells will not.

What this means is that each time our blood sugars become raised, insulin has no choice but to shunt those glucose molecules into fat stores.

However, one important thing to remember is it’s this high intake of carbs combined with high calorie intake (calorie surplus) which is at the heart of fat storage.

If you were only eating 2,700 calories and your body needed 3,000 per day to maintain weight, even if you had high carb, high GI, protein intake and requirements matched, your body would still need to find 300 calories from its own energy stores (muscle and fat) to make up the nutritional deficit. 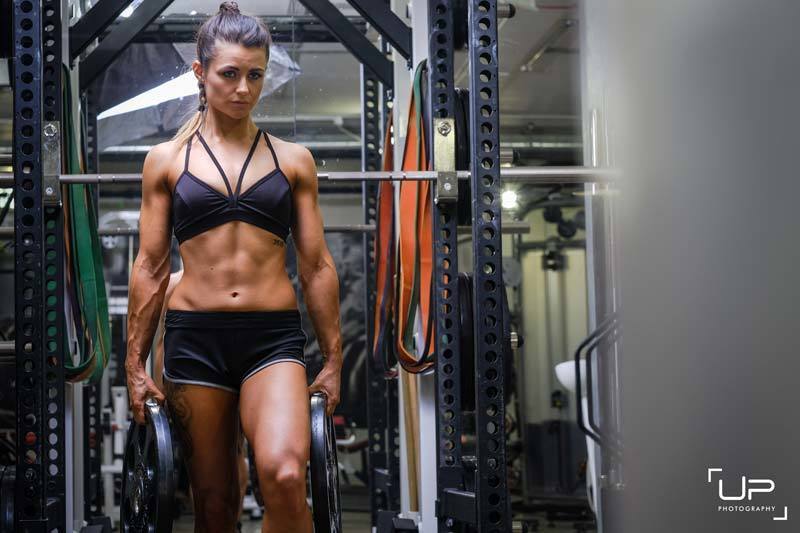 Let’s look at this concept with an analogy.  Imagine the insulin hormone is a door-to-door salesperson.  If that sales person comes occasionally, with stuff you want to buy, you will probably open the door and hear what he has to say.

If he comes to your door with stuff you need (say you literally just ran out of sugar for a recipe and he’s right there selling it), you’d be very happy to see him.  You’d open on up the door.

Much the same happens with the cells of the body.  If insulin doesn’t knock too often to sell its sugar, and if you need the sugar when it knocks, everyone is happy.

Now, imagine if that sales person knocked on your door five or six times per day.  You’re already overstocked on the sugar that he is selling, but still he keeps knocking. 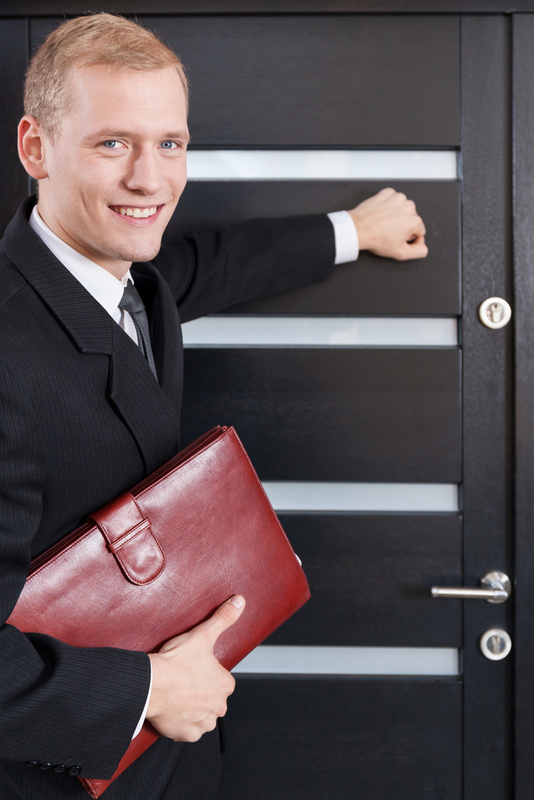 You’d stop opening the door to him, right?  Same with the body.  If insulin calls on the GLUT 4 proteins to let sugar into the cell too often, the cells become resistant to that signal.

Where the cells are concerned, some people have the genetic predisposition to keep ‘opening the door’; other people don’t.  That’s one reason why some people seem to be able to handle a lot more carbohydrates than others (we all secretly hate those people).

Finally, imagine the little old lady who just wants someone to talk to.  She will open her door to the salesman whenever he calls.  She also happens to like storing sugar in her basement, just in case she has two thousand cakes to bake for her grandchild’s wedding.  Guess what, those little old ladies are your fat cells.  Though you (a muscle cell) will only tolerate the salesperson knocking occasionally, she (a fat cell) will open again and again and again.

This is a simplified way of looking at insulin resistance.  Once muscle cells develop insulin resistance, and for some people that will take longer or shorter, a higher and higher percentage of the food we ingest is stored as fat by insulin.

But guess what? It’s not insulin’s fault.  Insulin is doing its best to keep you and your body safe and healthy.  But over the years, you’ve caused your blood sugars to rise too many times, too frequently, for your body. 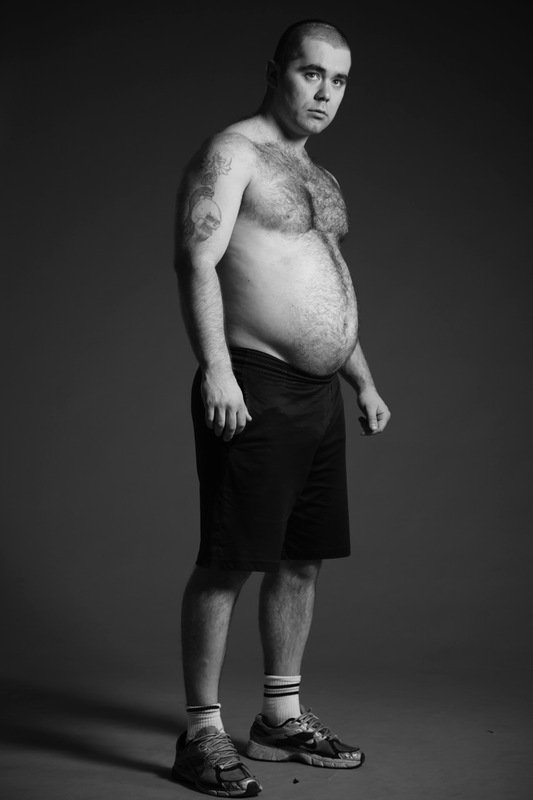 When we eat large quantities of carbohydrates or high GI foods, blood sugars are raised quickly.  Insulin can’t react to this fast enough.

Some insulin is produced by the pancreas, but blood sugars keep rising. More is pumped out, but it’s still not enough.  As we discussed, high blood sugar is seriously bad for us, so even more insulin is sent racing around the body to get that sugar down.

By this point, there’s often too much insulin in the blood stream, compared to blood sugar.  As a result, more blood sugar is stored than necessary.  Instead of insulin bringing our blood sugar down to the level the body is happy with, it brings it down too low.  The body overreacts.

When blood sugars drop too low, the body starts to release hormones that raise blood sugar.  In reverse, these hormones can overreact, causing the body to dump glucose into the blood stream – causing high blood sugar levels.  Once again, insulin must react.  This hormone ‘see-saw’ can contribute even further to insulin resistance.

That’s not to mention the fact that when your blood sugars are low, your body craves carbohydrates and sugar to bring them back to normal again!  If your blood sugars are constantly on a rollercoaster then you will often feel unfocused, tired and hungry – none of the moods that are going to help you stick to your diet, train effectively or be productive at work. 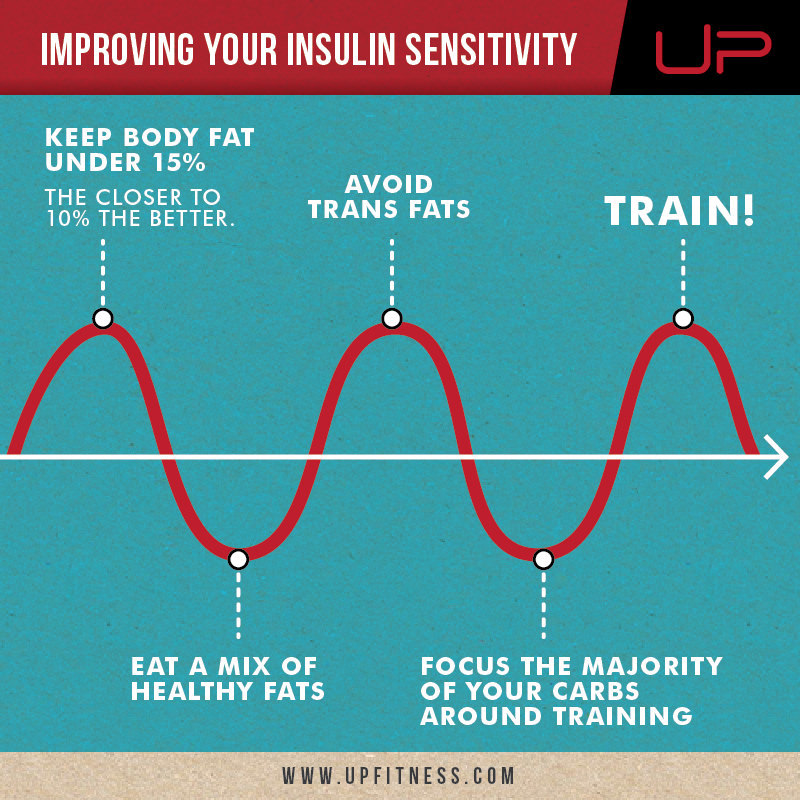 At UP we generally keep our nutritional recommendations pretty simple for most clients.  You can make a lot of changes with the basics.  But just because they are simple, doesn’t mean they aren’t based on deep understanding of the hormones of the human body.

Here’s what we generally recommend – if the ‘salesperson’ from our example didn’t knock on your door for a few weeks.  Would you open the door when he finally comes around again?  You probably would – you weren’t expecting him and no longer remember being annoyed by his persistent knocking on the door.

Again, some people might need the salesman to leave them alone for a few weeks or even months before they’ll open that door again.  For most people, between two and six weeks away from carbohydrates is plenty.

After that, you might want the salesman to visit once per week or once per fortnight to keep you stocked up.  Some people may use up their sugar stores way faster than others people and they may benefit from more regular visits from the salesman.

This is the basis for refeeds and carb cycling. Different people will benefit from differing amounts of carbohydrates, at different times.

The important thing is to find the right amount.  The point where you get all the great anabolic effects of insulin, keeping your muscles fuelled and ready, without causing insulin resistance, sugar cravings and fat storage.

This can take time and dedication to work out, but once you’ve found the right amount for you, your results will be better than ever before.