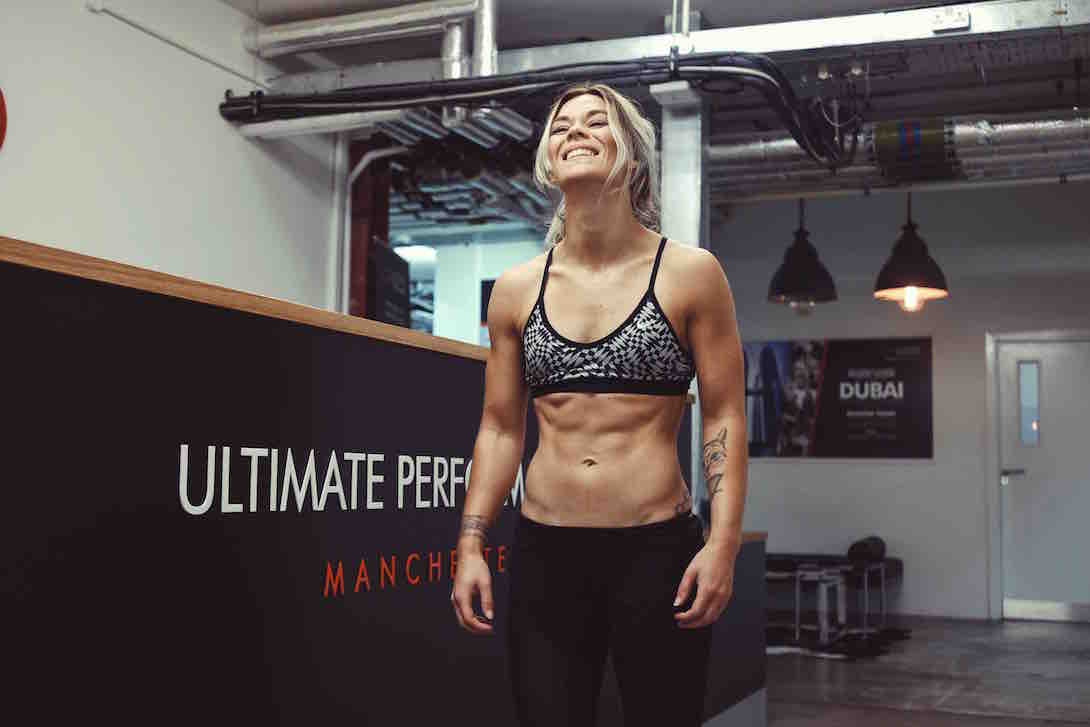 Never have I had to experience such a high level of commitment IN MY LIFE. I've never had a reason to say no to cake, McDonalds, fizzy drinks or anything for that matter. I never knew just how much I wasn't saying 'no' to…until now. It's the final week of my 12-week transformation with Ultimate Performance and I can officially say that all of the up's and down's, the 'no's' and the endless amount of cravings were worth more than I ever could have imagined, not just a set of abs I can be proud of.

There isn't a huge amount more we can do in the final week but when it comes to UP, it's all about the detail. Working for UP and now experiencing life as one of their client's has made me realise just how much passion, effort, and knowledge goes into the service they provide. When you look at my 'before' picture, you may question whether I needed any of this and you may even be right but if you haven't already read the last 11 weeks of my journey, I suggest you do so and then tell me I didn't need them. Even for those clients who have lost a ridiculous amount of weight and body fat through UP would tell you that it's so much more than just the physical appearance – being healthy and happy is something you can't put a price on and something you won't necessarily see in a photo.

ONE WEEK TO GO – oh wow. The final week is all about that 'last push' so it's less about trying to lift heavier and more about the volume, the cardio and anything else that will have me sweating all over the place…a wonderful sight I know but one that has been a common occurrence over the last few months. 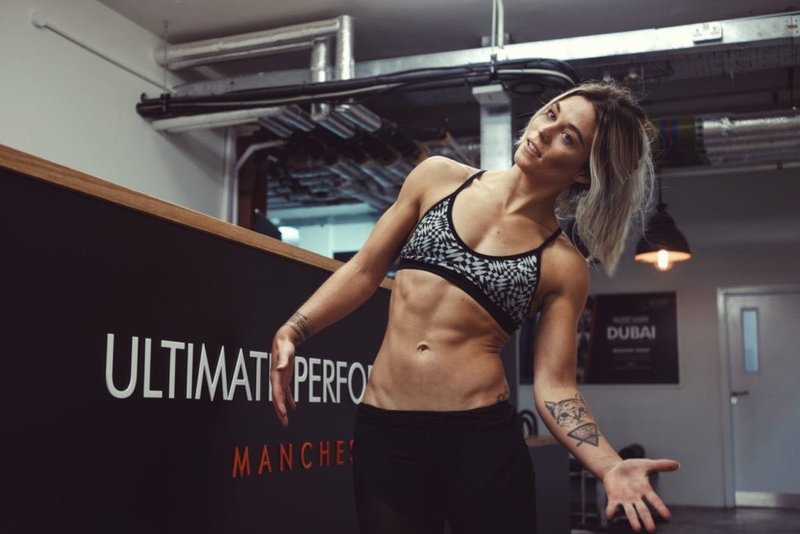 Over the last couple of weeks, I've been given some tips and advice on how I will want to show my body in the best light, 'posing'. I'm telling you now that tensing your abs is much harder than it looks and after several attempts that ended in me just laughing a lot, I realised my back was aching and had to call it a day. I will become a pro at this before my shoot, promise… A little practice was needed that's for sure – as you can clearly see I don't think I'm quite ready for women's health just yet ;).

Day 81 – The Future is Bright…and Heavy 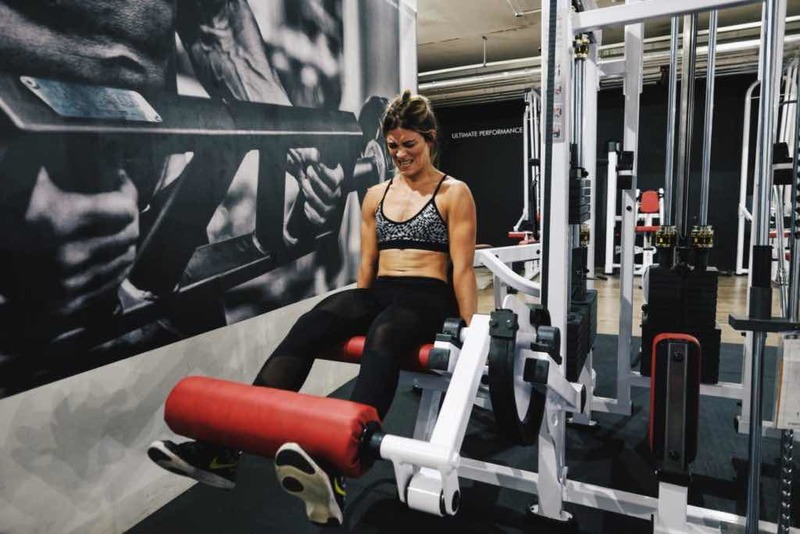 The other thing is that I now know my way around a gym – I'm not afraid of dumbbells or machines and I'm not afraid of the guys or girls that train weights in a gym…because I'm one of them and I'm harmless (despite my scary 'pain face' in the above photo)! Thanks to my trainers, I've had close to 84 days of training and nutrition knowledge, so much so that I genuinely feel like a different person and it's opened up so many opportunities for me. I'm stronger, healthier, motivated and somehow I've managed to motivate and inspire others too – which isn't something you want to give up on once it starts.

MY SHOOT IS TOMORROW! Today I've been 'pumping the guns' 😉 to get them looking all worked up and stuff. It really is amazing to think that I would never have even touched a dumbbell not too long ago and now I want to lift as much as I physically can. Us girls can totally lift weights, we just need to know what to do with them. 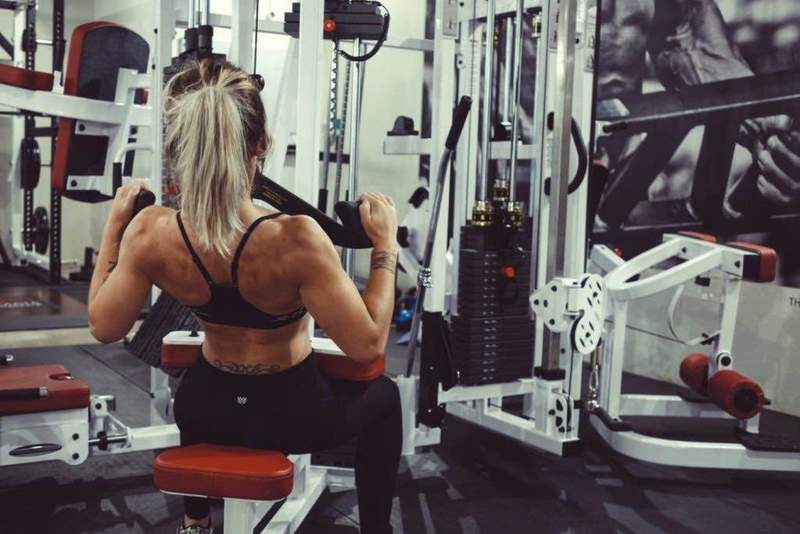 The night before the shoot actually means I get a little treat or two – dark chocolate and red wine. After 12 weeks of super clean dieting, you'd think I was looking forward to it but I must say that I don't like either of those things…brilliant! It's all for the love of the shoot though and to do everything possible to look as 'pumped' as possible. It's amazing just how intelligent the trainers are at UP, they're just on another level and despite working with them every day, they really do impress me (don't tell them I said that).

UP has taught me a ridiculous amount and I can't wait to show you my final results so you can see what exactly they've helped me achieve. It's a little sad to think that this is my last 'update' of Sam's fitness journey too – never do I think that when these blog posts go out, people actually read them but the response has been amazing. I thought it would be a good idea to show the why's and how's of a UP transformation to help others but I certainly didn't realise just how much I would gain from it on a personal level. I'm excited beyond words to show you just what all the hard work was for and I can't thank you all enough for following me, listening to my complaints, cake dreams, and outbursts.

It's been emotional – thank you.

It's not quite over yet, though, keep an eye out for my final results but until then…you're all awesome.