My Body Fat is Dropping and My Motivation is Running High: Dani’s Training Blog Week 2

My bodyweight is dropping, my motivation is running high, and my fridge is full of the right stuff (read: meat and veg).

I’m now in my second week and I’ve lost nearly 5 lbs and I haven’t even gone to Cinnabon once!

I’ve also discovered that I can be quite ‘black and white’ when it comes not just to training, but also to nutrition.

If I’m given a training program with a structure, I am very good at making sure I stick to it. What I didn’t expect was the same thing happening with my nutrition – “no carbohydrates apart from fibrous vegetables for two weeks.” Umm, that sounds tough, but bring it on! 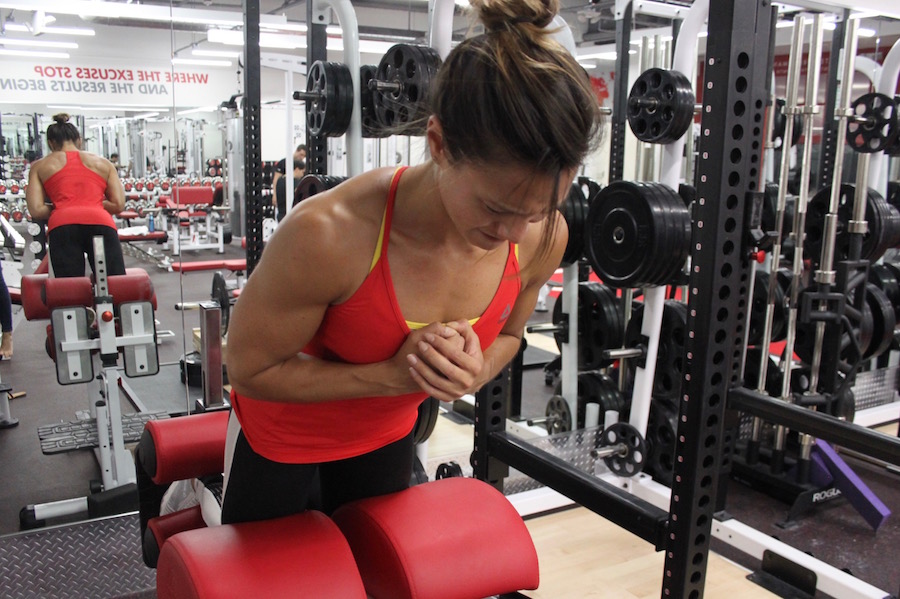 Dani is following a structured training and nutrition plan and her weight and body fat levels are dropping after just two weeks.

As my weight has continued dropping, it’s been a psychological challenge for me as a powerlifter because typically the bigger you are, the more weight you can lift. When I approach the bar for a heavy squat, I mentally don’t feel as confident as I have been because I’m not as heavy as I was. That being said, I’m looking better in my clothes, performing pull-ups is certainly easier, and I can see a hint of some abs!

I’m willing to do it, because I know I’m in the best hands in the world…and it’s already working.

I remember being a teenage girl and I tried all sorts of diets – the South Beach Diet, the Atkins Diet, SlimFast shakes – everything! But I never stuck to any of them because after one week I would convince myself that they wouldn’t work.

I am also now accountable to the trainer who is watching my progress like a hawk, and determined to get these abs of mine showing. 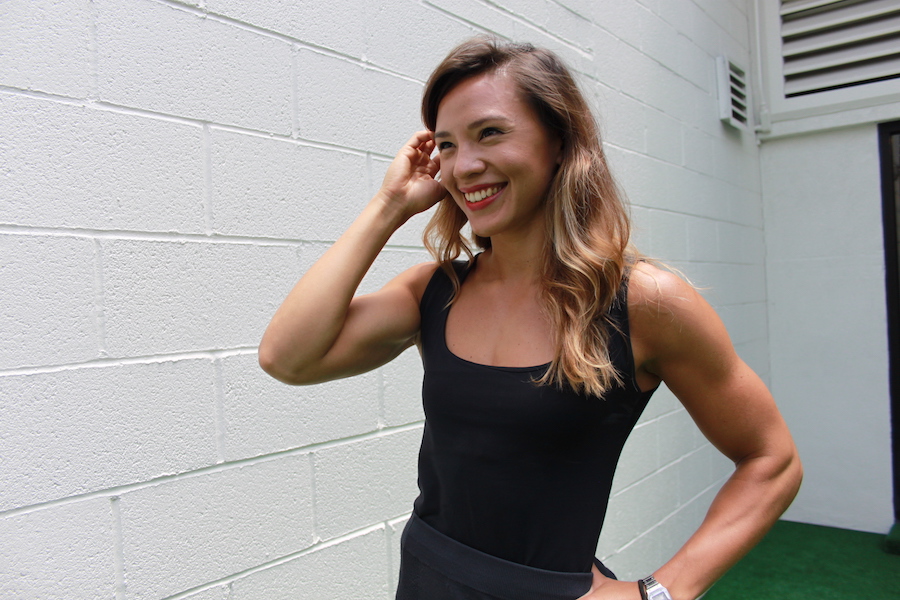 Feeling the benefits after just two weeks, Dani is more motivated than ever to get in the shape of her life.

Every client who starts training at U.P. receives a nutrition plan tailored to them based on their lean muscle mass, current body fat levels, and their goals.

In addition to this, they receive a spreadsheet designed to track just about everything they do outside of their training sessions; their daily morning weight, steps taken, intake of macronutrients, number of meals they’ve had out, as well as what their sleep quality, cravings, and hunger levels are like.

It was a bit of a wake-up call for me to go into this amount of detail about myself on a daily basis. My findings? I don’t walk enough. I also don’t get enough sleep.

Now it’s easy for me to work on both these things now they have been tracked and identified. 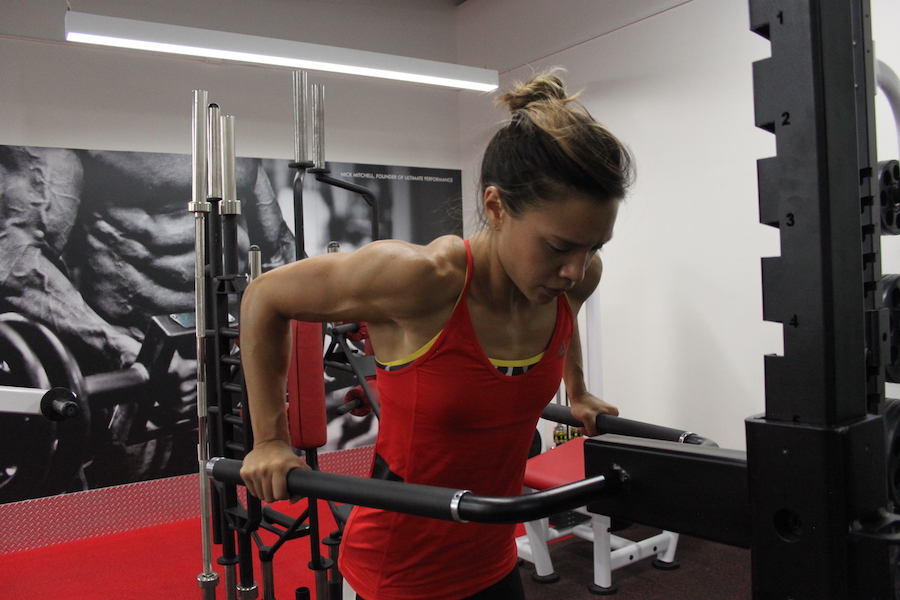 Life is busy, but Dani always finds that hour in her day to train and get a step closer to her body goals.

Getting into the habit of measuring every single ingredient has certainly been a time-consuming adjustment, and meant that I find it easier to eat in most of the time for tracking purposes.

I went over to a friend’s house for a catch up the other night, for example, and rather than question how much oil was going into the pan, I simply brought my own food! It might sound a little sad, but I was quite smug when I stepped on the scale the next morning. It’s not easy, but it’s not impossible.

Moving to an entirely different country is always going to be stressful, and I’ve had days where I’ve been so busy that I’ve forgotten to eat. This means that my energy levels plunge, which makes it harder to find the motivation to train (don’t worry, I still do!).

Getting home from work late after I’ve braved the LA traffic, and then having to prepare meals for the next day is also time-consuming, but what keeps me going is that I know it will be worth it. Watch this space.

IF YOU’RE READY TO START YOUR OWN BODY TRANSFORMATION JOURNEY AT ULTIMATE PERFORMANCE LOS ANGELES, SIMPLE ENQUIRE ON THE FORM BELOW.