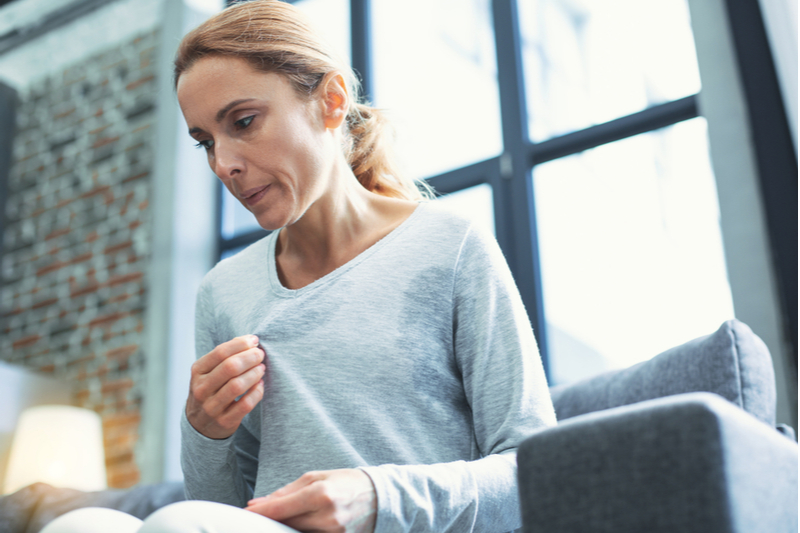 Today we’re marking World Menopause Day by shedding light on this significant milestone in women’s lives and raising awareness on a subject that is swept under the rug all too often.

To do so, we need to understand what’s going on during this time, the physiological and psychological processes that occur and how these affect women’s long term health.

What are the stages of the female cycle?

Before we can talk about the ins and outs of the menopause, we need to understand the basics of the female cycle and the hormones that underpin it. The female reproductive cycle starts anywhere from 12-15 years of age, or younger in some instances, and lasts until menopause.

It typically lasts 28 days but can extend up to 32 days or longer, depending on factors such as stress. The menstrual cycle has four phases: the follicular phase, ovulation, the luteal phase and menstruation.

The follicular phase marks the first half of the female cycle and typically lasts around 14 days. During this phase, the Follicle Stimulating Hormone causes follicles to develop, one of which releases an egg. At this time, progesterone remains low, and oestrogen starts low, increasing gradually and ending with a surge towards the end of the cycle. A follicle bursts open to release an egg from the ovaries, which implants itself into the lining of the uterus.

The luteal phase is split into two halves: early and late. The early part of the luteal phase is marked by the process known as ovulation, whereby an egg is released. At day 14, this marks the middle of the menstrual cycle and the end of the follicular phase. There is also a brief spike in testosterone at this stage.

It is then that the follicle that released the egg develops into a structure called the corpus luteum, triggering a rise in the hormone progesterone. Over the first half of this luteal phase, progesterone and oestrogen increase gradually, reaching a peak at mid-cycle. Progesterone also results in a small increase in body temperature, generally around 0.2℃, creating a slight increase in metabolic rate.

During the late luteal phase, progesterone and oestrogen start to drop, triggering PMS (premenstrual syndrome) as the womb prepares to shed the lining of the uterus through bleeding, known as the menses or period. Typical PMS symptoms include cramping, mood swings, low energy, depression and breast tenderness. This phase concludes with the lining of the womb breaking down and shedding when the egg has not been fertilised. The two primary hormones controlling this process, oestrogen and progesterone, play several vital roles in female physiology.

Oestrogen is not simply one hormone, but a group of compounds that work in opposition to androgens (like testosterone) and are produced primarily by the ovaries.

There are four subtypes of oestrogen, each with a different function in the body.

What does oestrogen do?

Oestrogen performs many vital functions in the body:

While oestrogen plays its crucial role in fat metabolism, cognition, blood flow and female reproduction, there is a chance that it will produce detrimental metabolites in the process. Calcium D glucarate supplements like our very own Estro Support reduce the risk of these toxins being formed in the first place, and so ensure that oestrogen performs the roles detailed above uninhibited.

Progesterone is the secondary female sex hormone produced by the corpus luteum at ovulation. It is a steroid hormone that converts into cortisol and androgens.

Progesterone stimulates glandular development and the growth of new blood vessels to provide a fertile environment for a fertilised egg. It also plays a role in increasing metabolic rate, water retention and insulin sensitivity.

Menopause effectively means the complete eradication of this female cycle and the cessation of oestrogen and progesterone production, along with all the functions they fulfil.

Menopause is a transition period during which the female cycle becomes more erratic, and a woman’s reproductive system shuts down as she ceases to be fertile. In contrast to men, whose levels of sex hormone levels fall through middle to older age but do not drop off altogether, in women, these hormones eventually almost entirely disappear. As oestrogen has many important functions, this has a profound effect on physical and mental health.

Perimenopause is the period before menopause when the menstrual cycle becomes more erratic and reproductive function begins to decline. This process is known as the climacteric. In effect, there are no longer any potential follicles or eggs that can be fertilised, signalling to the reproductive system to shut down. As a result, oestrogen and progesterone start to shift up and down, eventually ceasing production.

Perimenopause typically begins between a woman’s forties and fifties but can occur as early as her thirties in some instances. Perimenopause lasts anywhere from one up to four years, depending on hormonal balance. Due to the complex nature of the balance between progesterone and oestrogen, only a blood test can provide an accurate picture.

Typical symptoms of perimenopause include:

Due to the near eradication of the production of oestrogen, this period also leads the female body to shift from a female body fat distribution (around the legs and hips) to a more male-dominant distribution around the midsection (the dreaded muffin top!) as well as viscerally around the internal organs. As oestrogen helps to regulate insulin sensitivity, metabolism and muscle retention, its disappearance means perimenopausal women are likely to experience insulin resistance, loss of muscle mass and a drop in metabolic rate. Furthermore, oestrogen plays a fundamental role in mood and cognition. This creates the perfect recipe for storing calories in all the wrong places, especially if you’re someone who turns to food or drink for comfort. Overall, this combines to increase the likelihood of weight gain, low mood and increased risk of diseases such as diabetes, heart disease and other comorbidities.

Menopause refers to a more extended period of up to ten years that covers the entire complex transition. True menopause, however, is when a woman has not had a period for twelve months. This marks the shutdown of the reproductive system, wherein oestrogen levels may be as low as 95% below premenopausal levels. The symptoms experienced during perimenopause may increase as a result. Women may also experience an increased rate of bone loss and an elevated risk of osteopenia or osteoporosis.

How can we support women through menopause?

For some women, menopause can have a catastrophic impact on their health, confidence and general wellbeing, resulting in severe anxiety and depression in some cases. However, while many of these physical changes seem overwhelmingly negative, as we saw in the first of our menopause articles, for many women, the menopause is a time of increased freedom, confidence and independence.

Whatever strategy we choose to support women through menopause, we need to ensure we provide an inclusive, open environment where we listen to women’s needs and tailor our approach accordingly. Join us in the final part of our series where we’ll look at the range of tools available to help empower women to create lifelong health.