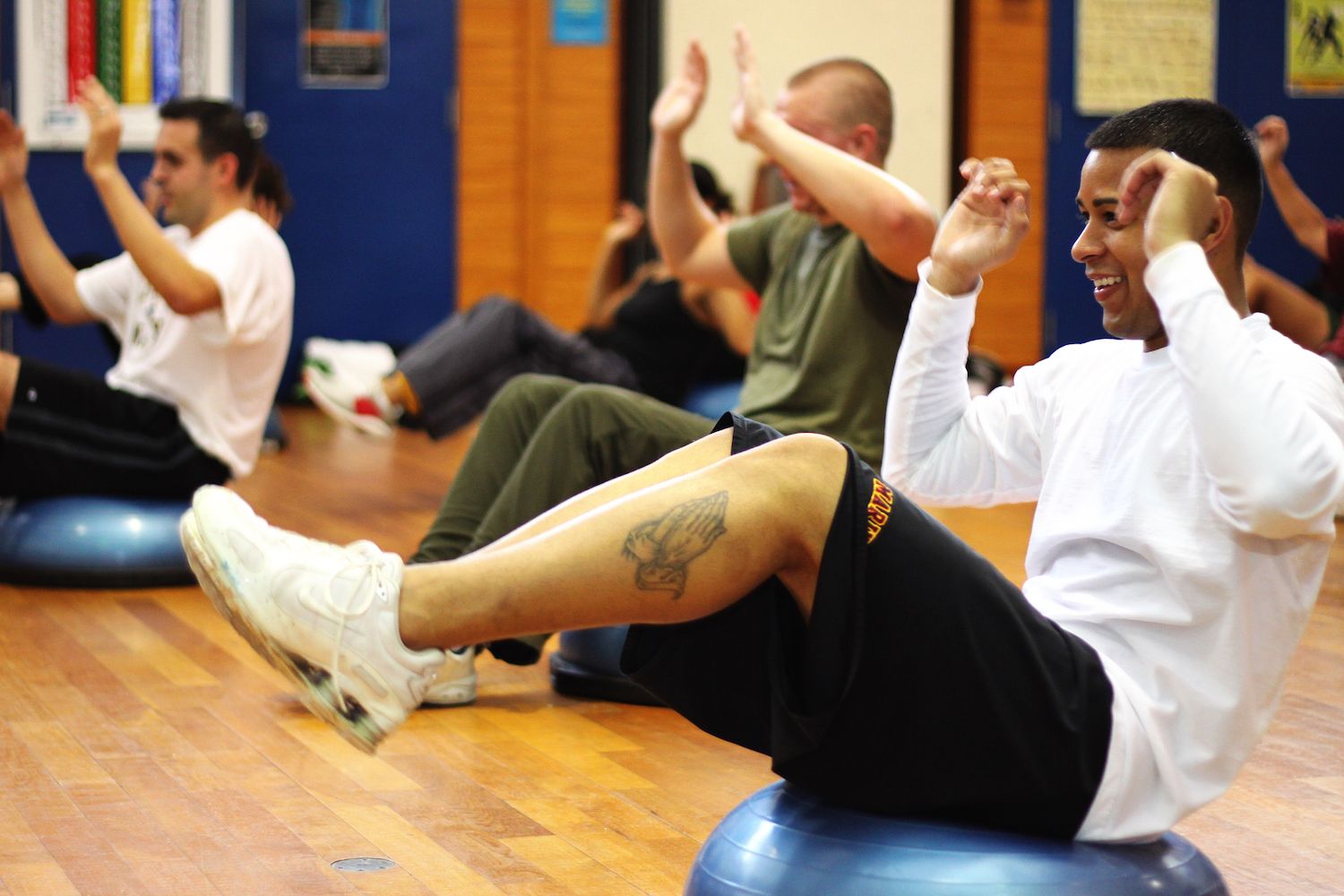 An interesting conversation from my personal training group on so called functional training…I’ll kind of give my opinion away from the very start when I ask “functional for what?!”. Balancing on a bosu ball is a good part trick but it never made anyone strong, lean or fast!

Q: Im interested in functional fitness it seems to be the only way to train with the celebrity personal trainers!Even in some of the fancey fitness gyms we see trainers getting clients to do squats holding a medicine ball above there head standing on a bosu,or doing bicep curls on a swiss ball!I understand this is good for your core stability but does it give any other benefit to normal gym goers.Is it only good if you play sports etc,I currently do standard bodybuilding type training ie 4 exercises per muscle group and 4 sets of 10-12 reps(depending on what exercises im doing)The trainers doing this functional fitness are claiming it produces lean ripped physiques those on mens health not flex or beef!!Any feed back would be great
thanks danny

The functional fitness craze does enhance core stability which in turn will lead to a flatter stomach simply by virtue of it being partly tensed all the time.

To get a “Men’s health” body requires a LOT of resistance training and a superb diet…. otherwise called bodybuilding. A “lean ripped physique” and “beef” are not mutually exclusive things. A model like the ones you describe has plenty of beef, he just has very little fat… not so little as a stage competitor you understand, but well below the magic 10% barrier.

These trainers, and I use that term loosely (the vast majority of personal trainers I meet have very little idea of what they speak, despite their qualifications) are simply trying to line their pockets by playing on the general ignorance of the population when it comes to fitness.
You can have the best trainer in the world at the gym, but if you have a shit diet, then you will never get that model look.

Thanks for the reply james,Is it “bollocks” because it doesnt stimulate the muscle fibres enough?or is it generally just crap?The only reson i became interested.Is Bodybuilding cant get abit boring where as “functional fitness”seems fun(but hard)Another form of this is crossfit which looks amazing,but i have yet to see a good physique from it?I have tried some functional fitness but the downfall for me was you never get that bodybuilding pump?

Danny – if you want core stability you can perform circus tricks that will do shit for your core in reality, or squat and deadlift and build the strongest core possible.

That said I can understand why you may want a break from traditional training so the best thing you could do is what we term strongman type training where you basically throw, lift, drag, and generally move heavy objects for short bursts of time (sub 30secs) with 60 secs rest between sets. Its brutal and can be great fun.

I was working at Leicester Tigers rugby club recently and we were flipping tractor tires, dragging sleds and throwing heavy bags. People were dropping like flies it was so tough, and the following day my biceps were so sore they felt as though they had been tenderised with a baseball bat!

hey nick,thanks for the reply,
Im sorry if i have completey misslead everyone on my question?Yeah im interested in building a strong core as we all should be.But does this Functional fitness not do much in the way of building a good physique?As compared to tradtional strengh training?These 1 armed kettlebell snatches standing on one leg do look impressive but are”Trainers” doing them purely for better athletic preformance(sports)or achieving good bodys?

Ah I see – I think they are a gimmick designed to lure people into paying out more money.

Circus tricks are for clowns, but if you want to get lean, muscular, or strong stick to the basics.